I recently got an iPad (more on this later), and with it I got the much hyped smart cover. 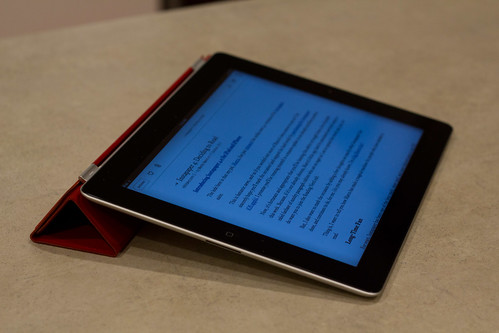 I loved the simplicity of it, and how quickly you can take it off and put it back on again… However, I quickly realized that I probably had more dust on the screen while using that thing than if I didn’t have any cover at all. Among the problems I had the infamous “dust lines” – those three lines you get on the screen at exactly the same spot as the cover’s folds.

The problem was pretty obvious: the natural way to fold the cover, and the way Apple advertises it, is as follows: 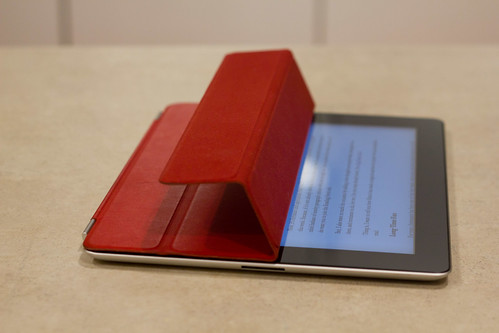 But this results in the following situation: 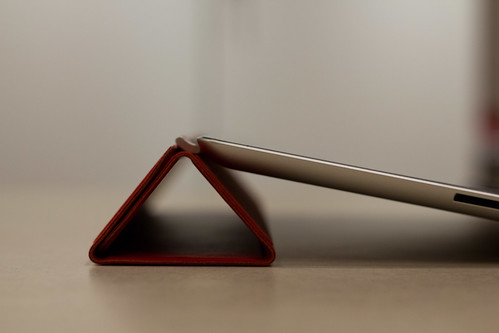 The iPad rests on the folded cover as expected, but the outer faces of that triangular stand are the faces that go against the screen when the cover is closed! They would therefore pick up dust and other particle directly from the table and all around, and put them back onto your screen as soon as you walk away… I don’t know where Steve Jobs used to go with his iPad, but my house is not always spotless clean, and neither are any restaurant tables or office desks that I want to put my iPad on.

An easy workaround for this problem is to fold the cover the other way: 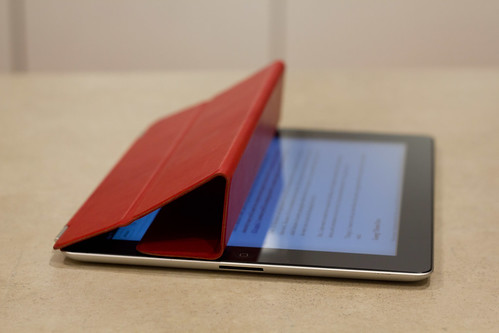 This way, the faces that go against the screen are actually inside the triangular stand, where they’re very unlikely to pick up any dust. This way of folding is a lot less intuitive, but once you get the hang of it, you can actually close and open it as fast as before. I haven’t had much dust on my screen ever since I started using this technique.

There’s just one big caveat to this workaround: it doesn’t work with the “stand up” mode. 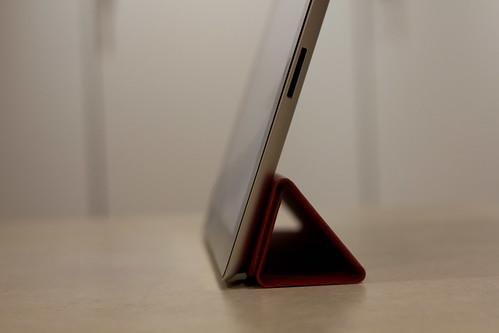 If you look closely at the picture above, you’ll notice what’s wrong: gravity alone can unfold the cover and make your iPad fall down on the table. In my case, the magnetic strength of the cover is barely enough to counteract the iPad’s weight and make it stand on its own, but the slightest touch can make it crumble down like a house of a couple of very expensive cards. However, I don’t care because I’ve never felt the need to use that position so far.