I’ve been busy on it for longer than I expected – neglecting the freshly announced Wikked along with several pull requests on PieCrust – but I believe it’s at last ready for a public alpha release: PieCrust 2 is here! 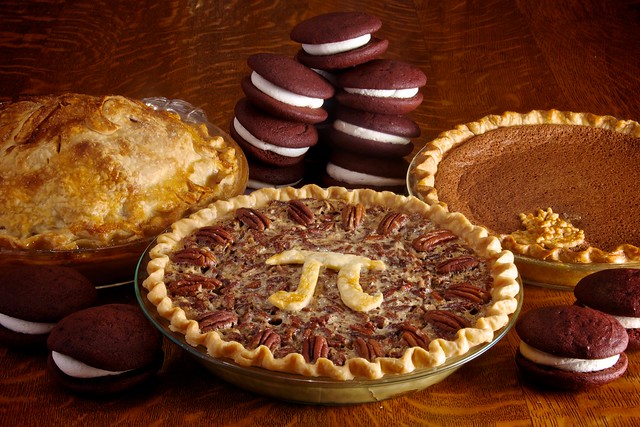 WARNING: before you go clone the new repository, be aware that, at the time of writing this, it has been tested on a glorious total of 2 machines (both my own), and 2 websites (both my own as well). So don’t use it in production, but please do give it a try and post bug reports, thanks!

This post is a short overview of the reason for going a full major version number up, and of the new things you can expect to find. There will be other posts in the following days about breaking changes and upgrade paths, and a more in-depth look at the new features.

To say that this is a major rewrite of PieCrust would be an understatement: I moved the project over to Python, which means it’s a 100% rewrite. This may upset some users who only know PHP (or at least don’t know and/or like Python)… but this is for the best, I assure you.

First, one of the design principles of PieCrust was always to look language-agnostic. Unlike many other static website generators out there, there’s no “leak” between the underlying implementation of PieCrust and the user experience, i.e. you’re not exposed to PHP-isms at any time while using it1. This makes it easy to change the platform on which it runs without you being affected much.

Second, the reason I picked PHP for the first implementation of PieCrust, more than 3 and a half years ago, is that it felt to me it was the lowest barrier of entry for potential users. Other static website generators embrace their hacker roots, but I wanted something simple enough that any Wordpress user would be able to pick it up and try it. Nowadays, people are a lot more used to installing various things to tinker with – Git, Node, Ruby, whatever. The barrier of entry doesn’t seem to be so much at the platform level.

Those two reasons meant I could look at other platforms and figure out which one has what it takes for what I have in mind for the future of PieCrust.

One thing that quickly became annoying in PieCrust 1 was package management (both PieCrust itself and its dependencies) and distribution (how people get PieCrust on their machines). Composer has been an incredible improvement over the venerable PEAR, but both are still a few extra steps away and more complicated than they should be.

Comparatively, gem, npm, and pip are a lot simpler and, better yet, come by default with Ruby, Node, and Python 3 respectively. Getting rid of my custom installer was an appealing thought. The PieCrust 2 install instructions would basically amount to:

That’s much better, especially when you think that the upgrade path and hosting are all taken care of for me.

But it was performance that was the major reason I switched development platforms.

The problem was not that PHP itself was not fast enough – it’s actually doing OK in the overall category of interpreted languages. The problem is that, because it’s got so much usage as a web programming language, it’s lacking a lot of features as a scripting language. One of those features is an API for multi-threading2.

To be honest, I should have thought about it back when I started PieCrust, that I would eventually need parallel processing… but it’s never to late to change direction, which is what I’m doing with PieCrust 2.

To give you an idea of how much this impacts performance, here’s a little graph. It shows the time it takes to bake my blog (the one you’re reading now!) using Octopress (the most popular static website generator around), PieCrust 1, and the newly written PieCrust 2. Obviously, shorter is better.

Octopress takes around 21 seconds3, PieCrust 1 takes around 11 seconds4, and PieCrust 2 takes around 6.5 seconds! And that’s even before I’ve made any optimization pass specific to this new codebase!5.

So yes, there is quite a substantial gain after the move to Python and parallel baking already. And that’s even before I can get into other improvements… for example, chef serve will be able to start a background thread to monitor changes to static assets on the file-system instead of checking for them when HTTP requests come in. This should make the preview server much snappier when you’re refreshing a page that has several images or CSS sheets.

Next post we’ll look at how you can upgrade your existing PieCrust 1 website to version 2, since I took the opportunity of a major version bump to clean up a few things I didn’t like anymore.