It’s been long overdue, since PieCrust 1.0 was released more than 4 months ago, but at last it’s here: PieCrust 1.1! 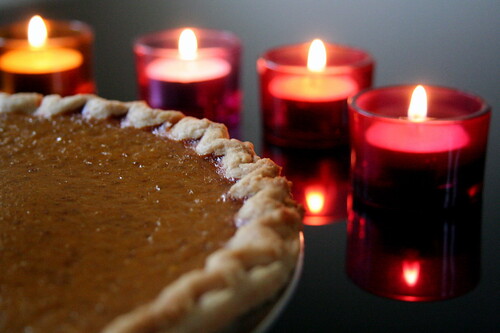 Every time I figure I will go with a “release small, release often” kind of philosophy, I still end up with more of a “wait, I’ll just get this last feature ready first” kind of vicious circle… sigh.

Anyway, grab the new release, or keep reading if you want to know about the most important changes. As always, big thanks go to the people who reported bugs and/or helped fix them, or generally participated in the evolution of PieCrust.

The first, most important change is that anything that was marked as deprecated, and that usually triggered a warning message if you used it, has been removed. So if you’re still using it, it will just break or, worse, silently do something else.

Make sure you don’t have any of those warnings before you update.

If you’re running PieCrust from an installed binary (a .phar file), you will be able to update it easily with the chef selfupdate command… well, not this time (you’ll have to re-run the installer), but next time!

I hope this will encourage people to update more often, and to not be afraid to try things out on the master branch.

Also, it’s probably not working 100% so make sure you report any issues with the self-updater 🙂

The post iterator, the thing you get when you want to loop over pagination.posts or site.pages, has a few new tricks:

You likely have something in your website layout that has to be computed for each page, but ends up being the same all the time during a single bake operation. To speed this up, there’s a new pccache operator that you can use.

Check out the documentation, with an example where it’s used to only compute a tag cloud in a sidebar once per bake. That example is incidentally from my own blog, and it cut the baking times in half… so yeah, I highly recommend it.

PieCrust is now using a brand new system to keep track of what it’s baking now, compared to what was baked last time. This means that it’s now possible to delete files that we know we created last time, but are not valid anymore:

A few other noteworthy changes:

That’s it! Grab the new version by re-running the installer, or getting the new source code from Github or BitBucket (where you can also report any issues).